Does the bitch sit with the Mafia? 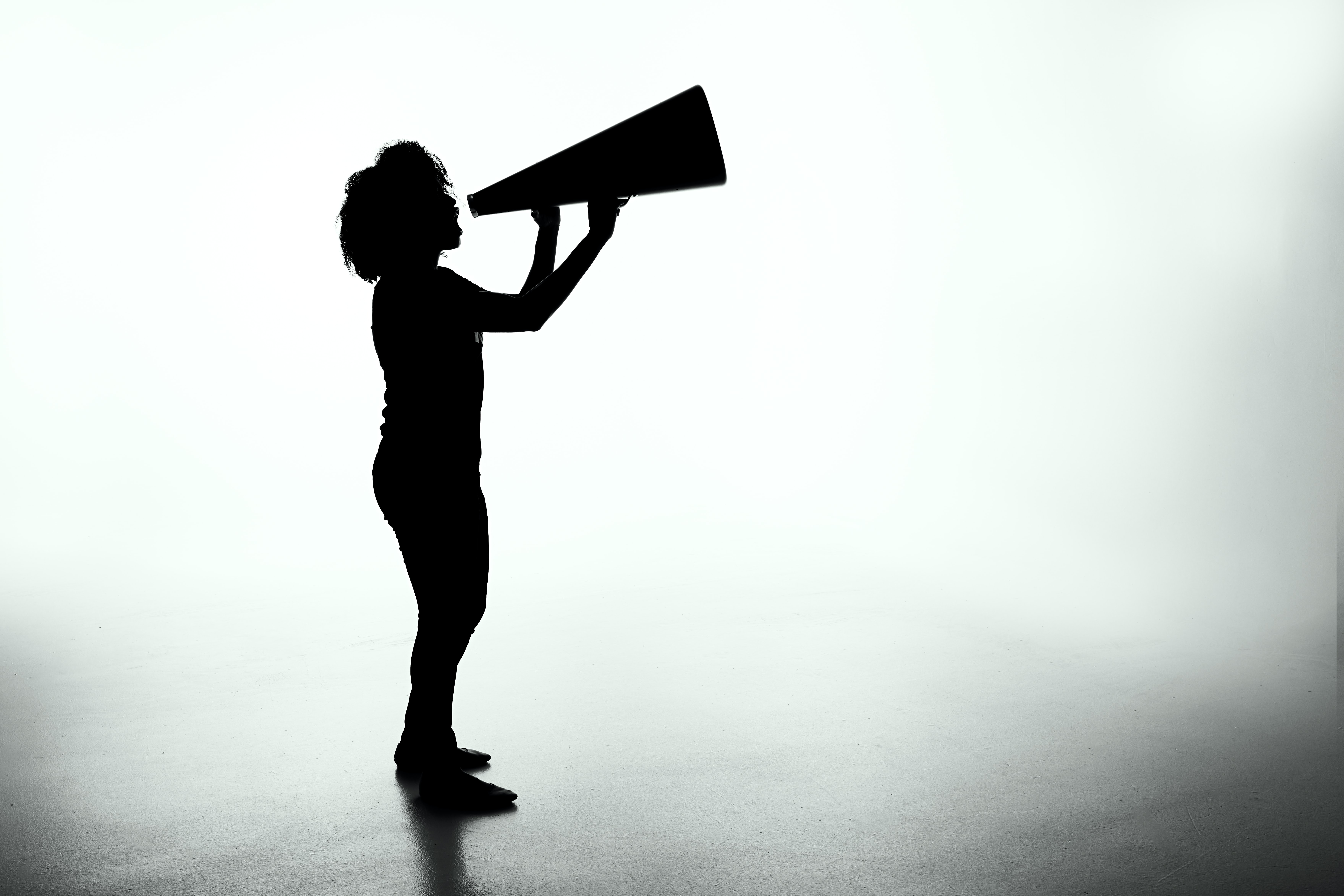 Marks that are contrary to public policy or accepted principles of morality are not registrable, cf. item 6 of paragraph 1 of Article 13 of the Trademark Act no. 45/1997. Public policy means the maintenance of law and order in society to such extent as must be deemed necessary, and freedom of expression can be limited for the good of public policy. The dictionary definition of morality is good morality or being moral.

The problem of registration authorities

On occasion registration authorities face the problem of determining what criteria shall be applied to determine whether a mark is contrary to law or public policy, whether it violates accepted principles of morality or has symbolic meaning. As is the case for other substantive provisions of the Trademark Act, the provision is discretionary, i.e. the authority, in this case the ISIPO, has a degree of leeway, albeit within the framework of the provision, when it comes to determining whether it will be applied or not. The provision raises various questions, some of which may be easy to answer while others are more difficult to address. For example, it might be considered simpler to state that a mark is contrary to law or public policy. This is grounded on an objective evaluation and therefore there is less leeway for a subjective assessment. But it gets much more complicated when it has to be determined whether a mark violates accepted principles of morality. This is nota strictly defined concept that is not elaborated further, neither in the provision itself or the memorandum, and determining whether the provision shall be applied involves a subjective evaluation. People’s concept of “morality” can change over time and be influenced by contemporary mores, the state of society and other factors.

But in what instances is this provision put to the test, in particular regarding “accepted principles of morality”? The precursor of the current provision was item 3 of paragraph 1 of Article 14 of the Trademark Act, which was intended, among other things, to apply to marks that result in a backlash for reasons connected with political, ethical or religious viewpoints. It may be considered evident that marks that involve blasphemy or racial slurs or that promote inequality or injustice or are offensive cannot be registered on those grounds, and according to the guidelines of the European Union Intellectual Property Office (EUIPO)this is the case but only if their meaning is presented in unambiguous terms. And what about curse words or slang that is used in a pejorative sense, or marks that refer to illegal activities? This brings us back to the issue of what the criteria should be. Who decides that a mark is contrary to accepted principles of morality? Is there need for a moral guardian? And if so, then who should have that role?

“Even though individual persons, narrow-minded or bitter, are outraged by a trademark, it is not sufficient reason to deny registration” is stated in the book Vörumerkjaréttur (trademark Law),i.e. in other words people’s personal opinions about a given trademark is naturally not a objective reason. An administrative authority, i.e. the individual that wields that power in each case, may not be guided by their own personal opinion in the assessment of the registrability of the mark on those grounds. It may furthermore be assumed that the opinion of any small group of people, irrespective of whether this is manifested by outrage or indifference, also cannot be applied as a criteria. It is necessary to take the middle path. According to the European Court of Justice the criteria shall be the average sensible consumer who is moderately sensitive and tolerant.

Is there anything that is absolutely forbidden?

Not that long ago the Established National Church of Iceland published an advertisement about their Sunday School, and many people were appalled at the way in which Jesus was depicted in it. It seemed that the public was divided into two camps –while one group condemned the ad the other group applauded the diversity it represented. However, the advertisement was eventually withdrawn. Also, a certain medium related an advert from a soft drink manufacturer in this country that caused quite an uproar from a small group of people. The item being advertised was the drink named Jesusade (Icelandic: "Jesúlaði"), and some were shocked and the term “blasphemy” was used(it is proper to state here that this does not concern an application or registration of any kind). This reminds me of another, not quite comparable incident, where a friend of mine many years ago heard a slogan in Icelandic that literally meant “a snack for the riff-raff” (Icelandic: "snakk fyrir pakk"),referring to a specific type of chips, and for him this meant that he would under no circumstances consider buying this product, due to the message potentially entailed by the slogan - in fact he found the message to be offensive. Still this did not lead to him expressing himself publicly to declare the outrage he felt about this particular slogan, but he would not shy away from voicing his view when the opportunity arose.

Another example that can be mentioned, this time from abroad, is when Kim Kardashian West intended to register the trademark KIMONO, for body-shaping clothing among other things. This plan of hers was thwarted after she received a deluge of critical comments where she was accused of cultural appropriation, and she is not the first, nor will she be the last, person to take advantage of a part of other people’s culture to advance her own cause. In this case it is not necessarily the mark as such that was contrary to accepted principles of morality, but the critical voices were sufficiently loud to influence her to alter her plan. Eventually she applied for, and was granted registration of, the mark SKIMS.

There are numerous examples that demonstrate that consumers experience trademarks in different ways – and will associate either positive or negative emotions with trademarks– while some people are outraged about a given trademark other people may find it hilarious.

In order to gain abetter understanding of the marks that might possibly be subject to the aforesaid criteria for rejection, it is a good idea to examine both domestic and foreign implementation. In this country, the following marks, among others, have been rejected: CANNABIA, F***ME I‘M FAMOUS, LANDI, LSD and SHOPAMAN. The EUIPO has rejected a substantial number of marks that refer to cannabis, such as 420, YES CANNABIS (partially),THC and others. If a mark contains a word part such as F*** or Fucking and the like, the applicant may expect a rejection from the EUIPO, cf. for instance FUCK CANCER and FUCKING STRONG COFFEE. Yet another example is SCREW YOU. Norwegians have rejected CHEROKEE, BERSERK, BUDDHA TOBUDDHA, FUCK WINTER and COCAINE, to name but a few. On the other hand, the Norwegians did register the figurative mark FUCK CANCER after having initially rejected it.

Clearly, different countries have different ways to do things.

The Mafia and the bitch

In light of the aforesaid discussion, it seems worthwhile to give a brief account of two interesting cases, one that was brought before the European Court of Justice for the examination of the base values of the EU among other things, both with reference to public policy and accepted principles of morality, and another case that is under examination at the Norwegian Industrial Property Office (Patentstyret) that involves a word that is perfectly acceptable to use about the female of one species of animal but not another.

In November 2006,an application was filed for the registration of the figurative mark La Mafia se sienta a la mesa (which can be translated as The Mafia has a place at the table) for goods and services in categories 25, 35and 43.The registration was granted in December 2007.

‍
In July 2015, the Italian government submitted a request for the invalidation of the mark as a whole on the grounds that registration thereof was contrary to public policy and accepted principles of morality because the word element “Mafia” referred to an organised crime syndicate and using it to identify a chain of restaurants not only caused negative emotions but also constituted abuse of the positive image of Italian cuisine and downplaying the negative meaning of the word.

Subsequent to this case, the EUIPO has denied registration of marks that contain the word element Mafia on the same grounds.

Some time ago a Norwegian news medium reported that our sister institution in Norway had refused registration of the trademark BASIC BITCH. To be clear, this concerns an intended refusal.

The grounds for the intended refusal were that the mark was contrary to accepted principles of morality (strider mot moral in Norwegian). Among the reasons given was that bitch was a derogatory word when applied to a woman, like in the combination shitty bitch (drittkjerring in Norwegian). Also, that the combination basic bitch was a slang term in American popular culture, used to refer derogatorily to women that follow current trends. Consequently, the Norwegian office was not prepared to register the mark as it went against the moral sensibilities of the public or that it caused offence.

The Norwegians cannot but be consistent in their actions, which is demonstrated by the fact that previously the mark 100%THAT BITCH, an international registration that designates not only Norway but also Iceland, was given the same consideration. The applicant is the singer Lizzo. In support of their refusal, our Norwegian cousins stated that the word bitch was an offensive way to refer to women, and the phrase as a whole could be regarded as referring to an unfriendly or unpleasant woman. In the opinion of the office, the mark was likely to cause offence.

This conclusion reached by our kinsmen in Norway is very interesting, especially considering that the decision of the registration authorities in Iceland was that 100% THATBITCH was approved for registration with the view that the phrase was potentially empowering for women rather than the opposite. However, the reasons behind the registration cannot be stated here with absolute certainty. The international registration designates 17 states, of which eight have so far refused registration on the same grounds as the Norwegians.

Does denial of registration of a mark constitute a limitation of freedom of speech?

This is a question that foreign scholars have contemplated, especially when examining refusal on the grounds that a mark is contrary to public policy and accepted principles of morality. This is a big question but according to the European Court of Justice the short answer is: No, a refusal of registration of a trademark on those grounds does not constitute a limitation of the freedom of speech as a refusal does not mean that the use of a mark is forbidden, it is only being stated that the mark is not protected according to trademark law.

Times change and people do too. The base values of a state do not change dramatically as years go by, but what about the tolerance limits or thresholds of the average consumer? We are living in strange times where right in the middle of pandemic there is an increased sense of awareness overseas, especially with regard to the rights of minorities, which has in turn resulted in so-called "cancel culture" and a tendency to take offence on behalf of others among other things. On average it might be considered that the tolerance limits were rising, in particular with regard to all the material we are bombarded with on social and mass media, but on closer inspection this is not certain at all. Time will tell. Still, it is clear that the golden mean is and always will be difficult to find.

And the moral guardian? Isn’t that role fulfilled by society itself at each time?

Opportunities and value in the protection of intellectual property